I’ve been listening to a lot of Joe Sample’s playing recently – mostly by way of listening to The Crusaders. Struck me what a great player he was, especially on the Rhodes – I play Streetlife with the band, and I usually end up quoting (or just copying) Joe’s own solo to that great track.  I have it pretty much down pat now, so when I get round to it, will try to notate it and post it as a download. 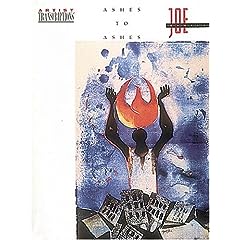 In the meantime, check out Hal Leonard’s transcriptions of Joe’s album ‘Ashes to Ashes’. I’m not the biggest fan of the album itself but (I think it sounds a tad dated) although Joe’s playing is as good as always. This book is a spot on reflection of what Joe plays, and there are some top solo’s on there.

So until a newer – more varied – folio arrives of Joe’s work you’ll have to make do with this…..